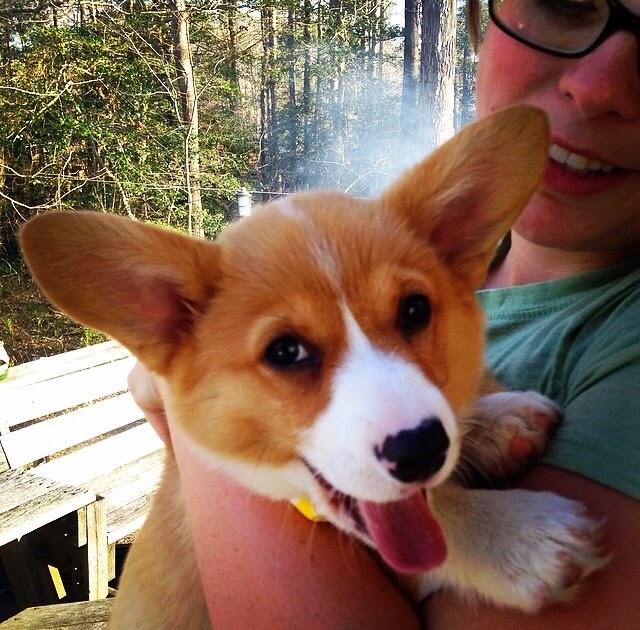 Lady is here for the weekend!
( son's dog and here as a puppy)

Good day!
How about you?

Very good devotion started the day and this part especially gave me some wisdom:

Exhaustion is a heavy filter. Extended times of stress and sorrow wreck havoc upon our whole being. Molecular biologists will tell you that the human brain was not designed to function well during sustained exhaustion or stress. With this increased anxiety, blood flow to the brain becomes limited, causing negative and confusing conversations. Communication scholars note that when we are living in long-term exhaustion, we tend to experience withdrawal, reduced awareness, and tension. Our ability to see and interpret relevant information becomes blocked. We are pelted with wave after wave of confusion and anxiety, self-focused tendencies, and cognitive overload.

Then reading with my students that left us all thinking:
- dictation on the brow ( chapter 79: The Prairie in Moby Dick)

In thought a fine human brow is like the east when troubled with the morning. In the repose of the pasture, the curled brow of the bull has a touch of the grand in it. Pushing heavy cannon up mountain defiles, the elephant's brow is majestic. Human or animal, the mystical brow is as that great golden seal affixed by the German emperors to their decrees. It signifies "God: done this day by my hand". But in most creatures, nay in man himself, very often the brow is but a mere strip of alpine land lying along the snow line. Few are the foreheads which like Shakespeare's orMelancthon's rise so high, and descend so low, that the eyes themselves seem clear, eternal, tideless mountain lakes; and all above them in the forehead's wrinkles, you seem to track the antlered thoughts descending there to drink, as the Highland hunters track the snow prints of the deer.


- Emily Dickson's two poems on fame ( drew illustrations and made synonyms for the second poem of song, sting , and wing)
( Fame is a fickle food) ( Fame is a bee)

- Chesterton's essay On  Abraham Lincoln
We read half out loud and narrated which turned into a different perspective
on Lincoln. One student said , " This makes me think."

For this great man had one secret vice far more unpopular among his followers than the habit of drinking. He had the habit of thinking. We might almost call it the habit of secret thinking, a dark consolation like that of secret drinking; for during his early days he must have practiced it unappreciated, and it has been said that he worked out the propositions of Euclid as a relief after having been nagged by his wife. This habit of thinking was not the thoughtless thing commonly called free-thinking, though he may have picked up a little of that in his less enlightened days. It was real thinking, which means knowing exactly where to draw the line-- a logic which is often mistaken for compromise.

The great glory of Lincoln is that, almost alone among politicians, he really knew what he thought about politics. He really thought slavery was bad, but he really thought the disruption of America was worse. It is perfectly possible for an intelligent person to disagree with him on either or both of these points. But he was an intelligent person when he stated them in that way, and put them in that order. In short, he had a native love of Truth; and, like every man with such a love, he had a natural hatred of mere Tendency. He had no use for progress, for evolution, for going with the stream, for letting the spirit of the age lead him onward. He knew exactly what he thought, not only about the perfection, but the proportion of truth; not only about the direction, but the distance. He was not always right; but he always tried to be reasonable, and that in exactly the sense which his special admirers have never understood from that day to this. He tried to be reasonable. It is not surprising that his life was a martyrdom, and that he died murdered.

Such words you share... And such truth with the ones on exhaustion. Yes.

You're amazing in your gift of giving words to folks. :)