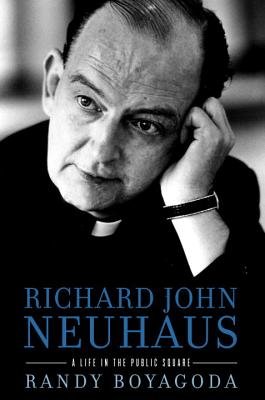 Here is one of the most influential men in the 20th century. I wanted to read about him because he founded the journal  "First Things". This is a full biography and shows his  calling and vocation. In his childhood, he imitating his father's preaching but was not allowed to step into serving communion. Not even in play. What is most interesting is reading about a Lutheran becoming a Catholic.  In 1961, he began his ministry in Brooklyn at a poverty-stricken church. He revitalized the church with his powerful sermons in a time of great civil unrest.In  1990, when starting "First Things", he was  then ordained a Catholic priest. He stood against abortion, euthanasia, and same-sex marriage.  This Canadian born, son of a Lutheran pastor, had a voice to examine the recent past. His death six years ago still leaves much to examine in his life.  This is quite a lengthy book ( 480 pages with footnotes)  and so was this man's life. If you want to know more about a preacher who brought Christianity into the public square, get to know Richard John Newhaus by Randy Boyagoda.

"I received this book from Blogging for Books for this review."
Posted by Bonnie at 11:16 AM

I considered reviewing this one, but haven't. Excellent review, Bonnie. I want to know more.